History On The Fleurieu

A Heart For Community 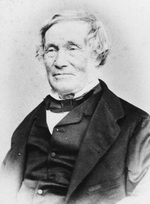 Selected by the Colonial Missionary Society of Great Britian, Reverend Ridgway Newland ‘Pioneer Pastor of the South’ and his family, along with a small group of tradesmen and their families, arrived on the Southern Fleurieu at Yilki, Encounter Bay on the Lord Hobart around 1839.  Having purchased 560 acres of land, one of Newland’s tasks was to erect tents in a circular clearing made in the dense bush and to conduct a worship service.  One large marquee served the Newlands in this capacity for two years as they continued to clear land and dig wells.

Newland’s wife Martha started a night school and Sunday school as well as educating her own children. A stone family home was built at Yilki Farm with a brick kitchen, malting bin, dairy and barn. Later Ridgway set up a steam-driven grist mill to produce his own flour.  In 1846 a church called The Tabernacle was built where Sunday services were held.  (This site can still be found on Tabernacle Road, Encounter Bay.)  Ridgway was also responsible for congregational groups at Bald Hills, Port Elliot, Middleton, Goolwa, Currency Creek and Milang.  Involved in all aspects of life in the district, Ridgway was elected the inaugural Chairman of the District Council of Encounter Bay in 1853.