God’s Assignment In The Chaos 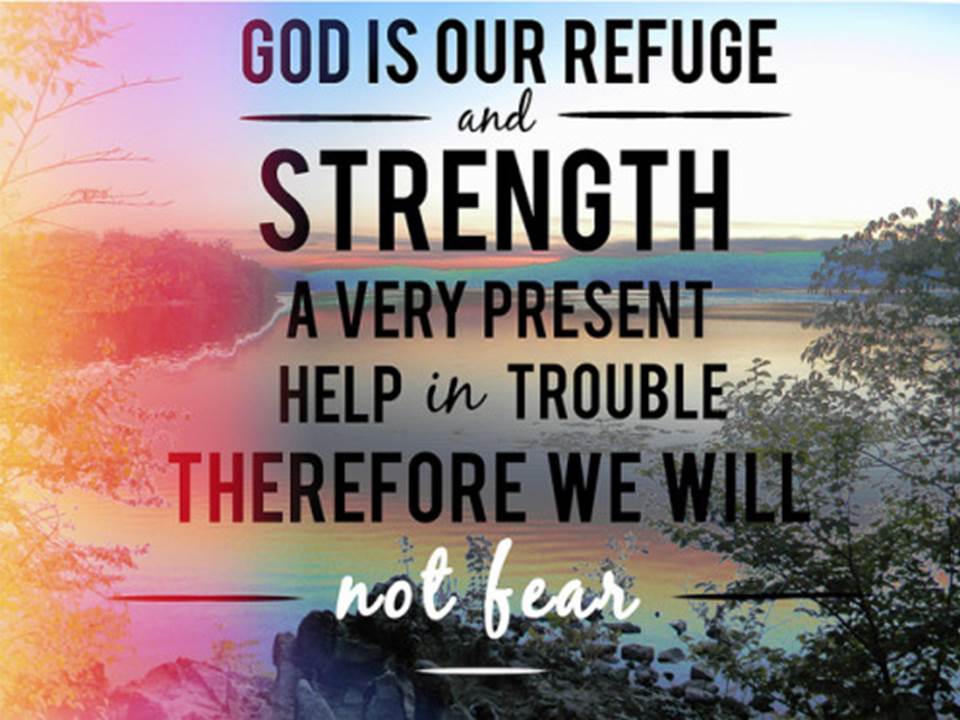 God’s Assignment In The Chaos

In times of confusion and calamity, for those who trust in the Lord, there is no reason in the least to be afraid. God is our refuge and strength, a very present help in trouble.

Let’s look at three bible characters that were taken by God unto chaos, to help bring those in chaos into peace and freedom.

This is the purpose in the pain. We have been sent into the difficult place to speak life  to those who are lifeless. This is our assignment in the chaos, this is the reason for our trial, it is testing our trust in God. Be still and know that I am God.

God will look after you in the chaos. The Lord is with us.

Click on the VIDEO icon at the top of this page to watch the video of Ps Michael Ridley preaching the message.

View the PowerPoint presentation that accompanied the message.

Ezra 9:1-4
When these things were done, the leaders came to me, saying, “The people of Israel and the priests and the Levites have not separated themselves from the peoples of the lands, with respect to the abominations of the Canaanites, the Hittites, the Perizzites, the Jebusites, the Ammonites, the Moabites, the Egyptians, and the Amorites. 2 For they have taken some of their daughters as wives for themselves and their sons, so that the holy seed is mixed with the peoples of those lands. Indeed, the hand of the leaders and rulers has been foremost in this trespass.” 3 So when I heard this thing, I tore my garment and my robe, and plucked out some of the hair of my head and beard, and sat down astonished. 4 Then everyone who trembled at the words of the God of Israel assembled to me, because of the transgression of those who had been carried away captive, and I sat astonished until the evening sacrifice.  (NKJV)

Ezra 10:1-4
Now while Ezra was praying, and while he was confessing, weeping, and bowing down before the house of God, a very large assembly of men, women, and children gathered to him from Israel; for the people wept very bitterly. 2 And Shechaniah the son of Jehiel, one of the sons of Elam, spoke up and said to Ezra, “We have trespassed against our God, and have taken pagan wives from the peoples of the land; yet now there is hope in Israel in spite of this. 3 Now therefore, let us make a covenant with our God to put away all these wives and those who have been born to them, according to the advice of my master and of those who tremble at the commandment of our God; and let it be done according to the law. 4 Arise, for this matter is your responsibility. We also are with you. Be of good courage, and do it.”  (NKJV)

Ezra 10:10-12
10 Then Ezra the priest stood up and said to them, “You have transgressed and have taken pagan wives, adding to the guilt of Israel. 11 Now therefore, make confession to the Lord God of your fathers, and do His will; separate yourselves from the peoples of the land, and from the pagan wives.”

12 Then all the assembly answered and said with a loud voice, “Yes! As you have said, so we must do.   (NKJV)

Judges 6:1-14
Then the children of Israel did evil in the sight of the Lord. So the Lord delivered them into the hand of Midian for seven years, 2 and the hand of Midian prevailed against Israel. Because of the Midianites, the children of Israel made for themselves the dens, the caves, and the strongholds which are in the mountains. 3 So it was, whenever Israel had sown, Midianites would come up; also Amalekites and the people of the East would come up against them. 4 Then they would encamp against them and destroy the produce of the earth as far as Gaza, and leave no sustenance for Israel, neither sheep nor ox nor donkey. 5 For they would come up with their livestock and their tents, coming in as numerous as locusts; both they and their camels were without number; and they would enter the land to destroy it. 6 So Israel was greatly impoverished because of the Midianites, and the children of Israel cried out to the Lord.

7 And it came to pass, when the children of Israel cried out to the Lord because of the Midianites, 8 that the Lord sent a prophet to the children of Israel, who said to them, “Thus says the Lord God of Israel: ‘I brought you up from Egypt and brought you out of the house of bondage; 9 and I delivered you out of the hand of the Egyptians and out of the hand of all who oppressed you, and drove them out before you and gave you their land. 10 Also I said to you, “I am the Lord your God; do not fear the gods of the Amorites, in whose land you dwell.” But you have not obeyed My voice.’ ”

11 Now the Angel of the Lord came and sat under the terebinth tree which was in Ophrah, which belonged to Joash the Abiezrite, while his son Gideon threshed wheat in the winepress, in order to hide it from the Midianites. 12 And the Angel of the Lord appeared to him, and said to him, “The Lord is with you, you mighty man of valor!”

13 Gideon said to Him, “O my lord, if the Lord is with us, why then has all this happened to us? And where are all His miracles which our fathers told us about, saying, ‘Did not the Lord bring us up from Egypt?’ But now the Lord has forsaken us and delivered us into the hands of the Midianites.”

14 Then the Lord turned to him and said, “Go in this might of yours, and you shall save Israel from the hand of the Midianites. Have I not sent you?”  (NKJV)

23 Then the Lord said to him, “Peace be with you; do not fear, you shall not die.” 24 So Gideon built an altar there to the Lord, and called it The-Lord–Is-Peace. To this day it is still in Ophrah of the Abiezrites.

25 Now it came to pass the same night that the Lord said to him, “Take your father’s young bull, the second bull of seven years old, and tear down the altar of Baal that your father has, and cut down the wooden image that is beside it; 26 and build an altar to the Lord your God on top of this rock in the proper arrangement, and take the second bull and offer a burnt sacrifice with the wood of the image which you shall cut down.” 27 So Gideon took ten men from among his servants and did as the Lord had said to him. But because he feared his father’s household and the men of the city too much to do it by day, he did it by night.  (NKJV)

Judges 7:19-22
19 So Gideon and the hundred men who were with him came to the outpost of the camp at the beginning of the middle watch, just as they had posted the watch; and they blew the trumpets and broke the pitchers that were in their hands. 20 Then the three companies blew the trumpets and broke the pitchers—they held the torches in their left hands and the trumpets in their right hands for blowing—and they cried, “The sword of the Lord and of Gideon!” 21 And every man stood in his place all around the camp; and the whole army ran and cried out and fled. 22 When the three hundred blew the trumpets, the Lord set every man’s sword against his companion throughout the whole camp; and the army fled to Beth Acacia, toward Zererah, as far as the border of Abel Meholah, by Tabbath.  (NKJV)

Ezekiel  10:1-10
And I looked, and there in the firmament that was above the head of the cherubim, there appeared something like a sapphire stone, having the appearance of the likeness of a throne. 2 Then He spoke to the man clothed with linen, and said, “Go in among the wheels, under the cherub, fill your hands with coals of fire from among the cherubim, and scatter them over the city.” And he went in as I watched.

3 Now the cherubim were standing on the south side of the temple when the man went in, and the cloud filled the inner court. 4 Then the glory of the Lord went up from the cherub, and paused over the threshold of the temple; and the house was filled with the cloud, and the court was full of the brightness of the Lord’s glory. 5 And the sound of the wings of the cherubim was heard even in the outer court, like the voice of Almighty God when He speaks.

9 And when I looked, there were four wheels by the cherubim, one wheel by one cherub and another wheel by each other cherub; the wheels appeared to have the color of a beryl stone. 10 As for their appearance, all four looked alike—as it were, a wheel in the middle of a wheel.  (NKJV)