Grace Is A Person 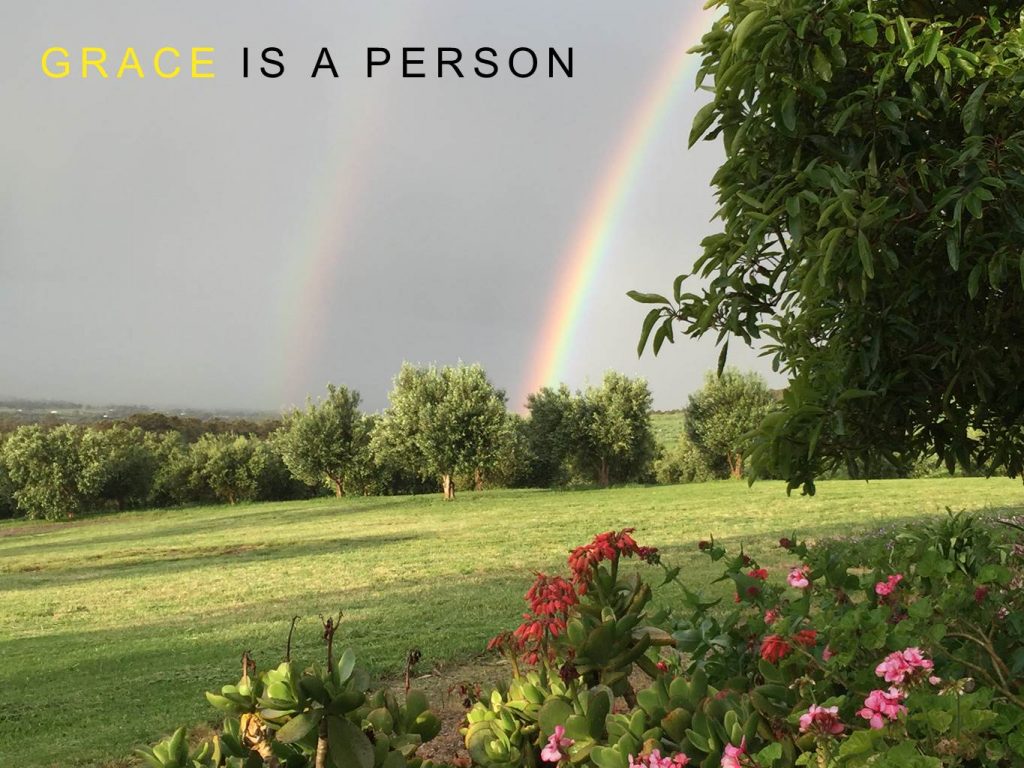 Grace Is A Person

The Grace of God – Having given our hearts to Christ, we have unmerited favour from God. He gives us full permission to enter His courts with praise and with the knowledge that He wants us in His presence.  He wants us there in relationship with Him.

Titus 2:11
11 For the grace of God that brings salvation has appeared to all men…  (NKJV)

Titus 3:4-7
4 But when the kindness and the love of God our Savior toward man appeared, 5 not by works of righteousness which we have done, but according to His mercy He saved us, through the washing of regeneration and renewing of the Holy Spirit, 6 whom He poured out on us abundantly through Jesus Christ our Savior, 7 that having been justified by His grace we should become heirs according to the hope of eternal life.  (NKJV)

John 1:14
14 And the Word became flesh and dwelt among us, and we beheld His glory, the glory as of the only begotten of the Father, full of grace and truth.  (NKJV)

John 1:17
17 For the law was given through Moses, but grace and truth came through Jesus Christ. (NKJV)

Colossians 1:15-18
15 He is the image of the invisible God, the firstborn over all creation. 16 For by Him all things were created that are in heaven and that are on earth, visible and invisible, whether thrones or dominions or principalities or powers. All things were created through Him and for Him. 17 And He is before all things, and in Him all things consist. 18 And He is the head of the body, the church, who is the beginning, the firstborn from the dead, that in all things He may have the preeminence.  (NKJV)