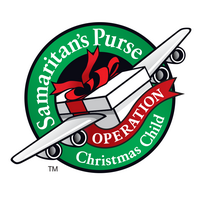 For many years Fleurieu Family Church has joined with other local churches in the Fleruieu region to support the International work of Samaritan’s Purse Operation Christmas Child.  Launched each year around the end of June, the local team gather together to distribute the Shoeboxes for filling with assorted items that will be destined for the hands of excited children in many overseas countries.

What started with a phone call and one man suggesting a small project to pack a few Christmas ‘shoeboxes’ for needy children, has now grown into an International activity supported by thousands of groups worldwide.

In 2018, over 10 Million shoeboxes were distributed to needy children in 122 countries around the world.  The lives of children and their families are being changed dramatically every year through the gift of giving.

Even local businesses get behind this project such as A1 Hire Victor Harbor who generously provide a truck to transport the cartons of Shoeboxes to the distribution centre in Adelaide.

For more information regarding the project and how you can be involved, contact Pam Hope on 0427 551 886.